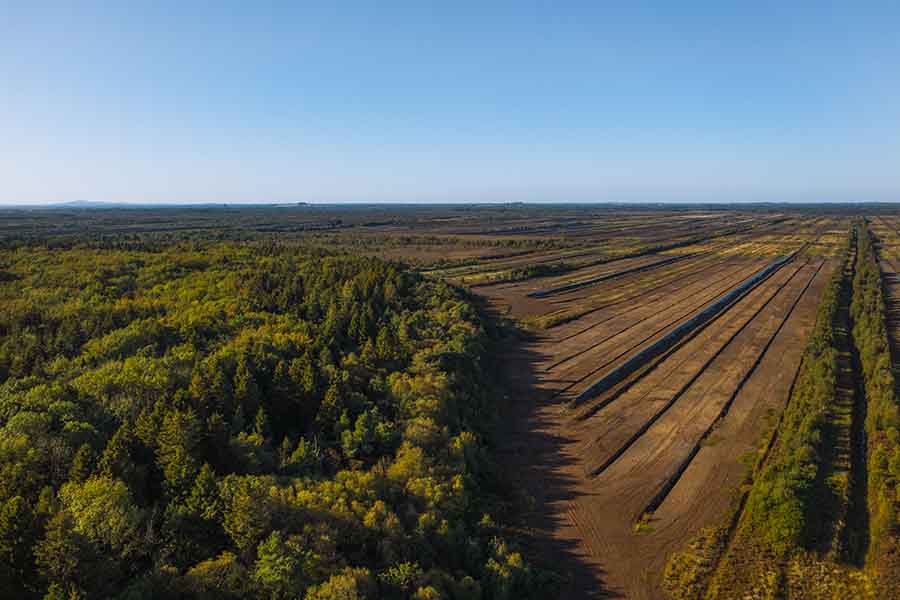 Bord na Móna announces its collaboration with Coillte, to transform former peat production land into native woodland. 1500 hectares of bog, no longer used for peat production, will be initially targeted in Offaly, Laois, Westmeath, and Tipperary for the establishment of at least 600,000 new trees.

The Minister for Communications, Climate Action and Environment, Richard Bruton T.D., and the Minister for Agriculture, Food and Marine, Michael Creed T.D. today announced that Bord na Móna and Coillte Nature are collaborating on a new project which will see former peat production bogs transformed into rich native woodlands.

The Climate Action Plan 2019 commits to planting 22 million trees every year for the next 20 years. This initiative will see approximately 600,000 native trees and upwards, being established across 1500 hectares of Bord na Móna land that is no longer used for peat production, over the next three years. The focus will be on growing a mix of native Irish trees such as Downy Birch, Scots Pine, Alder and other broadleaves (Hazel, Holly, etc).

Bord na Móna lands identified for the project are in counties Offaly, Laois, Westmeath and Tipperary. Teams from Coillte Nature and Bord na Móna will work together to provide the management, forestry, nursery and technical expertise to establish and maintain the woodlands.

Bord na Móna is implementing an extensive peatland rehabilitation and bog restoration programme that will see a total of 35,000ha of peatland rehabilitated by 2025. This programme of works is already supporting a huge variety of different native plant and animal species and the creation of important new amenity spaces on some of the 15,000ha that we have rehabilitated to date. 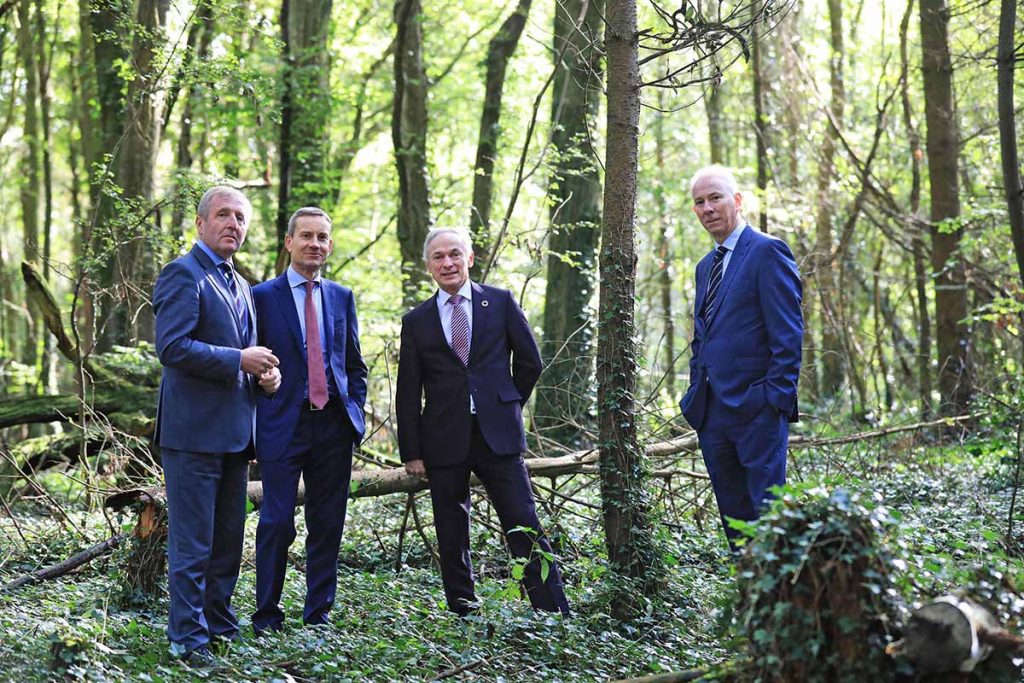 Tom Donnellan, Chief Executive of Bord na Móna said: “Bord na Móna is decarbonising its business and changing how we manage bogs across Ireland. As we step back from our traditional operations, our new business approach involves different, innovative activities across our estate and in many cases that involves a range of new partnerships. This very welcome joint-initiative with Coillte aligns with our new approach to business, estate management and our plans to rehabilitate a total area of 35,000 hectares of peatlands by 2025. By this year we plan to have a new Bord na Móna estate that provides a new extensive rich habitat for native plants and animals and that also uses our resources in a sustainable way to support a thriving green economy.”

The rehabilitation and restoration of Bord na Móna peatlands are also significantly supporting Ireland’s climate action targets through the reduction of emissions and the creation of new carbon sinks and stores.

Bernie Gray, Chair of Coillte, said: “Our decision to establish Coillte Nature is a very significant and timely initiative which is aligned with the Government’s focus on Climate Action. Coillte is ideally positioned to lead the creation of new woodlands for carbon sequestration and to develop recreational forestry for the enjoyment and wellbeing of the public. Coillte Nature will have a strong focus on carbon sequestration, species diversification, biodiversity and the development of forestry recreation activities. We are delighted to announce this exciting collaboration with Bord na Móna.”

The government’s Climate Action Plan, published by Minister Richard Bruton earlier this year sets out over 180 actions across all sectors of society that need to be taken to put Ireland on a trajectory to achieve net zero carbon emissions by 2050.

Making the announcement today, Minister Bruton said: “This joint project will see bogs no longer used for peat production, transformed into rich, native woodlands. Our land is one of our most powerful tools in responding to the climate challenge. This project is a great example of how we can better use our resources to step up our response, to what is the most crucial issue of this generation.

“Not only are woodlands crucial to absorb carbon emissions, but they are essential for preserving Ireland’s biodiversity. The focus of this project is on native Irish trees and animal species.”

Minister Michael Creed, in attendance at the announcement, said: “I very much welcome this collaboration between Coillte and Bord na Móna to engage in this large-scale afforestation project. It will bring a range of environmental benefits through the use of native species and will provide a huge contribution to meeting the afforestation targets under the Government’s Climate Action Plan. Projects of this scale and ambition will be the drivers to achieving the goals of this plan and I would encourage all public bodies to think about how they might engage in tree-planting. I would encourage them to engage with my Department where they will find a full range of supports.”