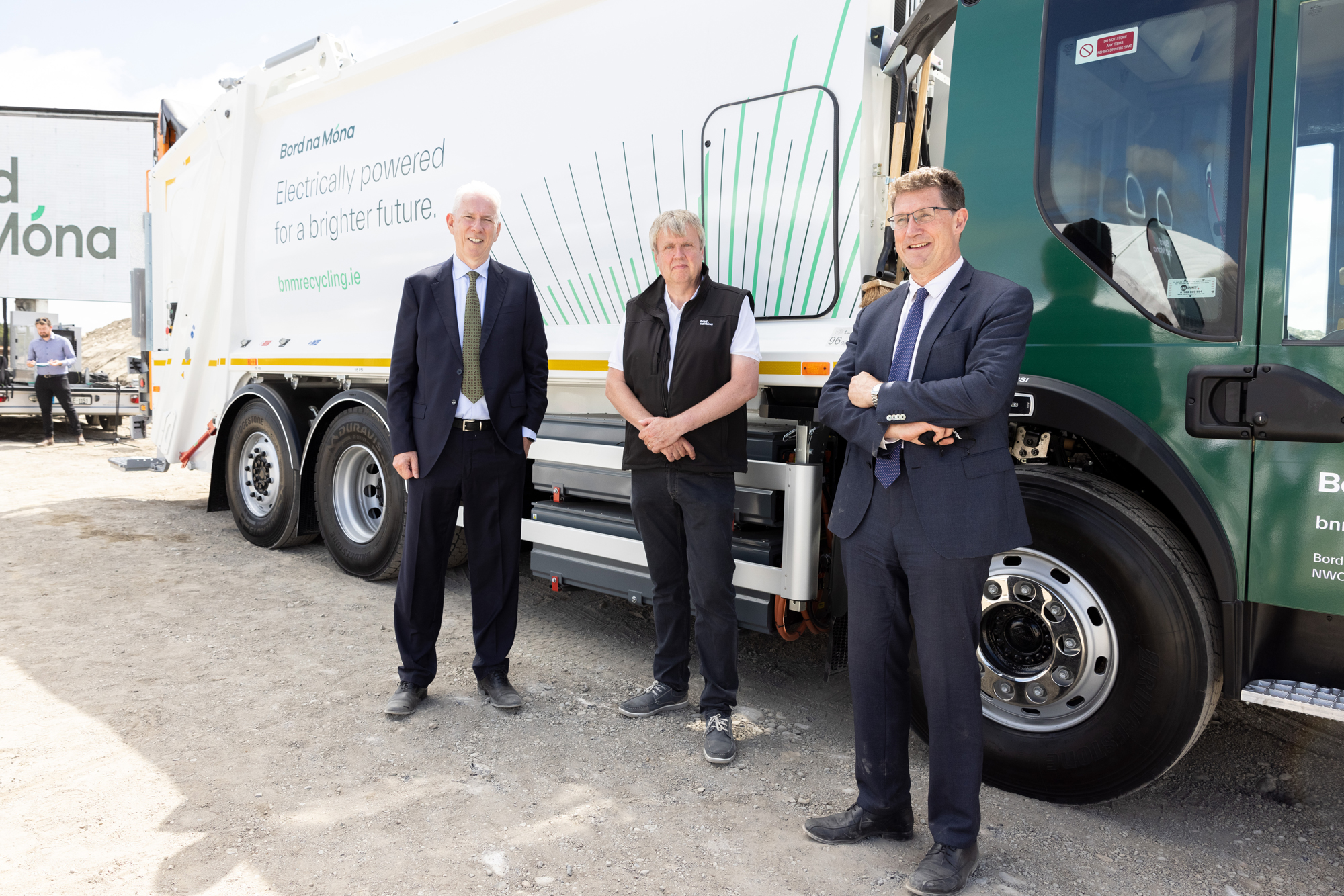 Bord na Móna’s first electric Refuse Collection Vehicles (eRCV) has taken to the streets, collecting waste from households and businesses throughout Fingal. The new eRCV produces zero emissions and is powered by electricity generated from waste.

Ciarán Brady, Head of Recycling at Bord na Móna, commented “Every organisation has a duty to take action to reduce carbon emissions if Ireland is to successfully transition to a climate neutral economy by 2050. Replacing our fleet with eRCVs is one of many commitments Bord na Móna is making across our business to help Ireland move to a circular economy.”

“Our new eRCV is supporting a circular economy by reusing valuable resources (energy generated from waste). In  addition to the environmental dividend of zero emissions and reduced noise pollution, it is also cleaner and more efficient to run compared to its diesel counterparts.”

The Bord Móna Recycling business collects over 450,000 tonnes of waste annually from over 135,500 customers across Ireland. It operates 7 EPA licensed facilities, as well as a number of waste transfer stations, moving and processing over 450,000 tonnes of waste per annum.  The company also operates Ireland’s only tyre recycling facility in Drogheda and is developing a new plastic recycling facility at Littleton in Tipperary. The business employs approx. 450 permanent staff and 50 contract staff.