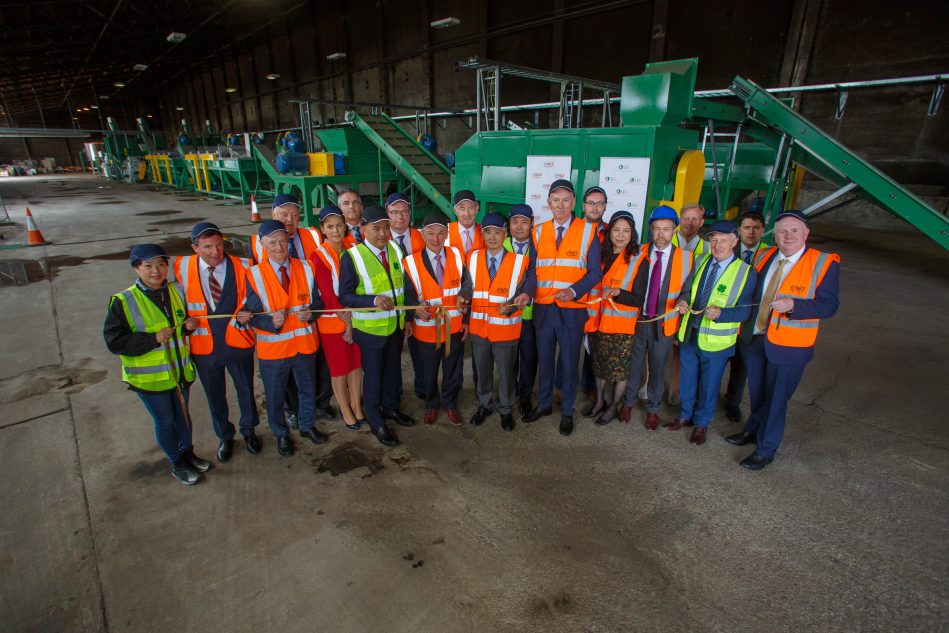 Minister for Communications, Climate Action and Environment, Richard Bruton TD has launched a new plastics recycling plant in Littleton, Co Tipperary that will create forty new jobs. The high-tech recycling facility is located on the site of the former peat briquette factory which closed last year and will process 24,000 tonnes of waste plastic.

Bord na Móna AES is partnering with Sabrina Integrated Services (SIS) who will operate the new recycling facility at Littleton that will handle large film plastics.

“This new plastics recycling plant in Littleton Co. Tipperary is a great example of how Bord Na Móna is adapting to a decarbonised world. By transforming their business and transitioning away from the fossil fuel industry, they are building a resilient, sustainable future for the company and secure employment for the Midlands region for years to come.

We are committing to very ambitious targets for plastic recycling under the Climate Action Plan – by 2030 all plastic packaging will need to be recyclable for example. In order to reach these targets, we need to grow Ireland’s plastic recycling capacity and this plant is an important development in that regard.

I would like to thank Tipperary County Council and the local community for their assistance bringing this project into fruition.” 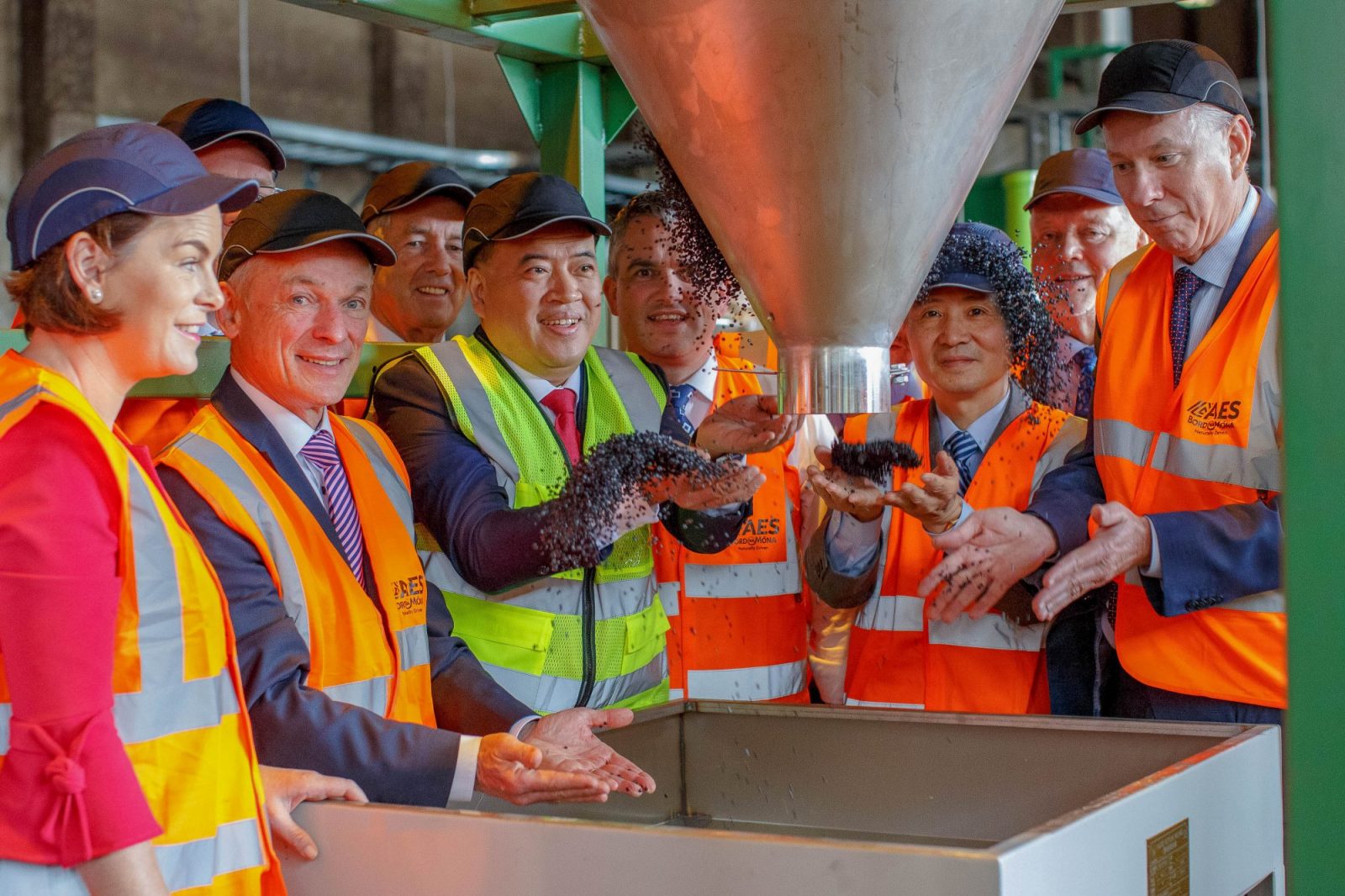 “This is a really great day as we create new, long term sustainable jobs on the former site of one of our old businesses. This recycling facility is another big step in Bord na Móna’s Brown to Green journey. The Brown to Green strategy involves us decarbonising our operations, moving away from our traditional activities, into new areas creating replacement employment in higher-value recycling operations, renewable energy development and other low carbon goods and services. We all know that Ireland must maximise the opportunities presented by decarbonisation. We are keenly aware that Bord na Móna’s development of new sustainable, green jobs to replace its traditional employment is key to ensuring the success of the national climate change transition.” 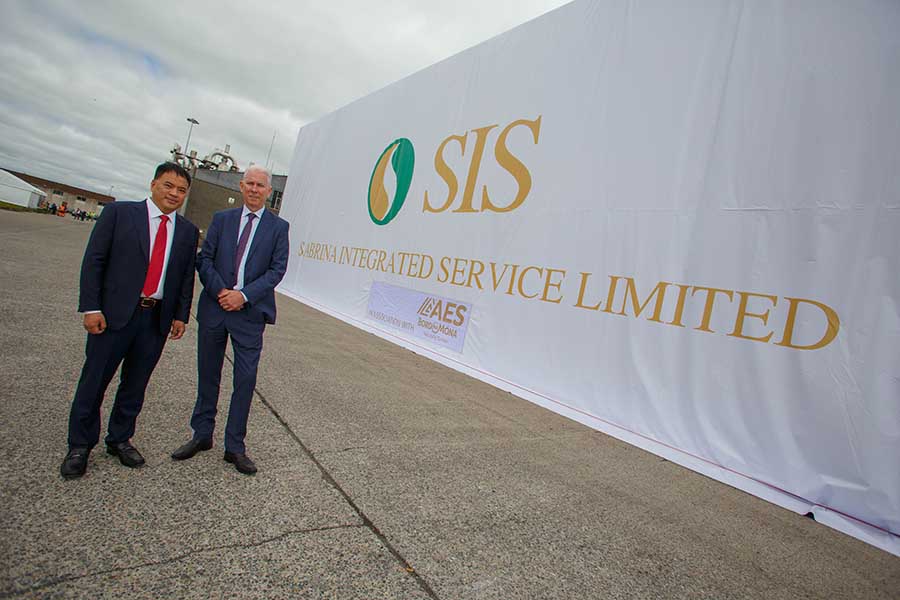 “We are delighted to establish this facility in Ireland that will provide a sustainable outlet for plastics which were previously transported out of the country or buried in landfill here.  We are pleased to be providing new employment and this new opportunity in the circular economy here in Ireland. I particularly want to thank Tipperary County Council, the local community, Irish Farm Films and the Bord na Móna team for all their assistance in making this happen.”

The process at Littleton involves a new technology in Ireland for the recycling of used plastic films that currently either end up in landfill or that are shipped from Ireland to non-EU countries. Plastics used in agriculture, e.g. covering silage will be a significant source of feedstock for the facility.

The recycling process involves processing and cleaning the waste plastic material. This material is then shredded and granulated to produce plastic pellets. The pellets are reused in the manufacture of bags, wrapping, boxes, etc. It is intended that the plant will recycle 24,000 tonnes of plastic film per annum that would otherwise end up in landfill.

Sabrina Integrated Services (SIS) is a subsidiary of Sabrina Manufacturing Group a major international packaging and recycling company that is based in China.