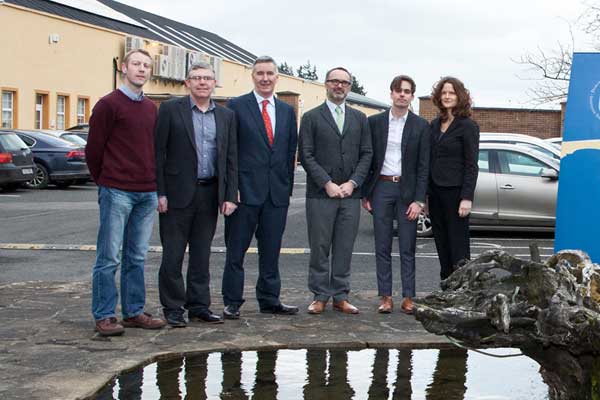 The DIT Fiosraigh Scholarships are awarded on a competitive basis and research proposals are aligned within the themes of new materials and environment. We are pleased to confirm that two Ph.D scholarships have recently been approved for Bord na Móna under this programme.

The first scholarship is supporting the PeatAqua project, an aquaculture pilot trial at Mount Lucas Wind Farm. This aquaculture trial is an innovative move into a very new area of research for the company but very much fits in with Bord na Mona’s commitment to generate value from its land asset and sustain employment in the midlands. To ensure project success, Bord na Móna have teamed up with Bord Iascaigh Mhara (BIM) who are providing us with a high degree of expertise and heavy financial support. The successful Ph.D. candidate, Wagner Hernandes based in ESHI (Environmental, Sustainability & Health), a newly built dedicated research facility in DIT will specifically investigate the use of aquatic plants as a nature-based solution to optimize water quality within the trial ponds. Optimal efficiencies are obtained where the water treatment process is physically separated from the pond where the fish stocks are held, i.e. a split-pond production system, which is particularly suited to the largely flat terrain of the Irish midland cutaway peatlands. Wagner was in Bord na Móna Newbridge recently, along with representatives from DIT and BIM, to officially launch the collaboration.

The second DIT Fiosraigh scholarship, co-funded by Bord na Móna, will examine biochar production and uses. The principle output from the study will be the comparison between biochar produced from peat versus conventional woody feedstock and the many applications such a product will have as a greenhouse gas suppressant – particularly in the agricultural industry which contributes over 30% of Ireland’s GHG emissions. The successful candidate is due to be selected at the end of April 2017.