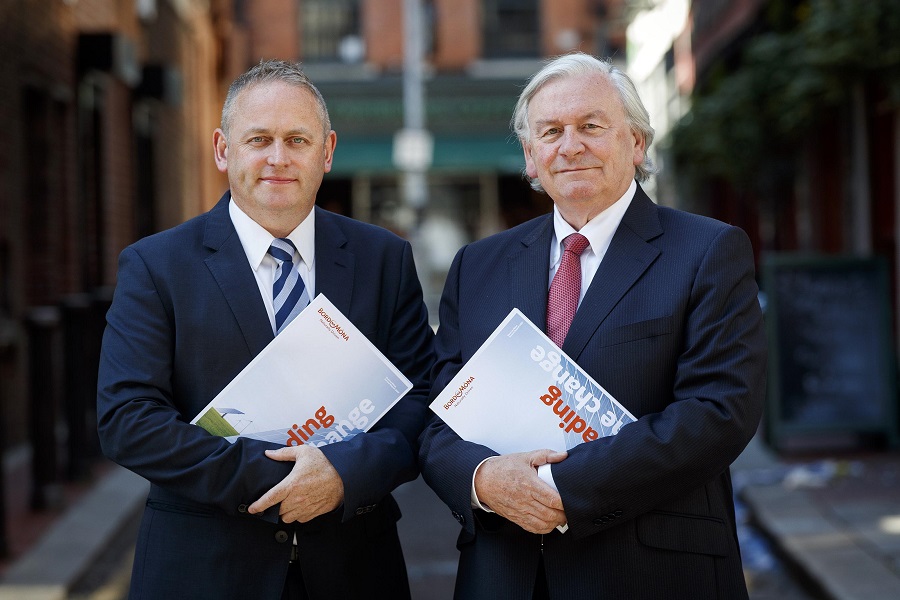 Expressing his satisfaction with the results, Chairman, John Horgan said “This has been another year of solid achievement for Bord na Móna with some outstanding performances from businesses like Resource Recovery which has witnessed a remarkable turnaround in the recent past.”

“Bord na Móna was established in 1934 to deliver sustainable industry and employment using Ireland’s indigenous, natural resources in the Midlands and we continue to do so to this day.  In recent years, we have diversified significantly away from being an exclusively peat-based company, but even as we do so, we are continuing to deliver for the State, implementing national policy in many new areas. I am delighted that we are able to announce a €1.2billion planned investment programme that will build on our legacy, and deliver a new sustainable business model by 2030”

Mr Horgan continued “Bord na Móna is developing major infrastructural projects in the areas of wind, biomass and other renewable energy sources, developing new home heating fuels with new low smoke products in line with National policy on air quality as well as sustainably managing our land bank in an ecologically sensitive way as we exit energy peat. We are delivering in all these areas, and as the figures released today show we are also delivering sound financial results, on which I congratulate all the employees of Bord na Móna.”

Also speaking at the launch of the annual report, Mike Quinn, CEO, Bord na Móna said: “I am pleased to be launching the Bord na Móna Annual Report today which clearly shows the continued progress the company has made in the last 12 months. Our results have been better than anticipated given this was the first full year operating without the PSO. The loss of the PSO is one aspect of the change process we are undergoing which will fundamentally alter the business profile of Bord na Móna between now and 2030.”

“The process of change will be further accelerated as we implement our planned €1.2billion investment programme in the coming decade. We will see a considerable portion of this investment programme concentrated on developing new sources of renewable energy. The development of new wind energy projects will continue on a strong expansionary track in the coming years. This will build on the success we have had this year following the commissioning of the Sliabh Bawn project with Coillte and the securing of new planning permissions for Cloncreen and Oweninny windfarms.”

“Apart from wind energy we will also be investing to diversify into other sources of renewable energy including biomass and solar power. Investment in solar energy will build on the recently announced partnership with ESB. We will also be investing in the further development of the domestic and overseas biomass supply chain. This will follow on from a number of noteworthy achievements in the past year when we secured new sources of sustainable biomass.”

“The investment programme will be also used to develop new sources of revenue for businesses such as AES which now significantly contributes to Bord na Móna’s profits.”

“There will also be additional investment in the Fuels business in new product development which received a boost with the securing of planning permission for the new smokeless ovoid plant at Foynes.”

“As with any transformation process there will be challenges such as the announced closure of the briquette factory at Littleton. This was a difficult but necessary decision to secure the future of the Fuels business. Alongside these challenges however, I am pleased to note that the transformation journey in the business and across Bord na Móna is already delivering significant positive results”

“Brexit has also created significant issues for the Horticulture business which we have mitigated with the acquisition of White Moss Horticulture in the UK. The integration of this business has itself been challenging which is reflected in the impairment and exceptional costs, amounting to €14 million,  in today’s results. I can also confirm that the company is in the midst of a legal process regarding this matter. We however continue to focus on the implementation of the robust integration plan so we can secure the business and employment across Bord na Móna Horticulture in Ireland.”

He concluded “Even as we build a sustainable future, we know we must be financially sound both in the present and in the future. I am glad to report that the results we are posting in the 2017 Annual Report show we are keeping our costs low and delivering strong profits to ensure that Bord na Móna remains competitive in all the highly diverse and competitive markets that we serve.”

Read more about the Annual Report 2017.