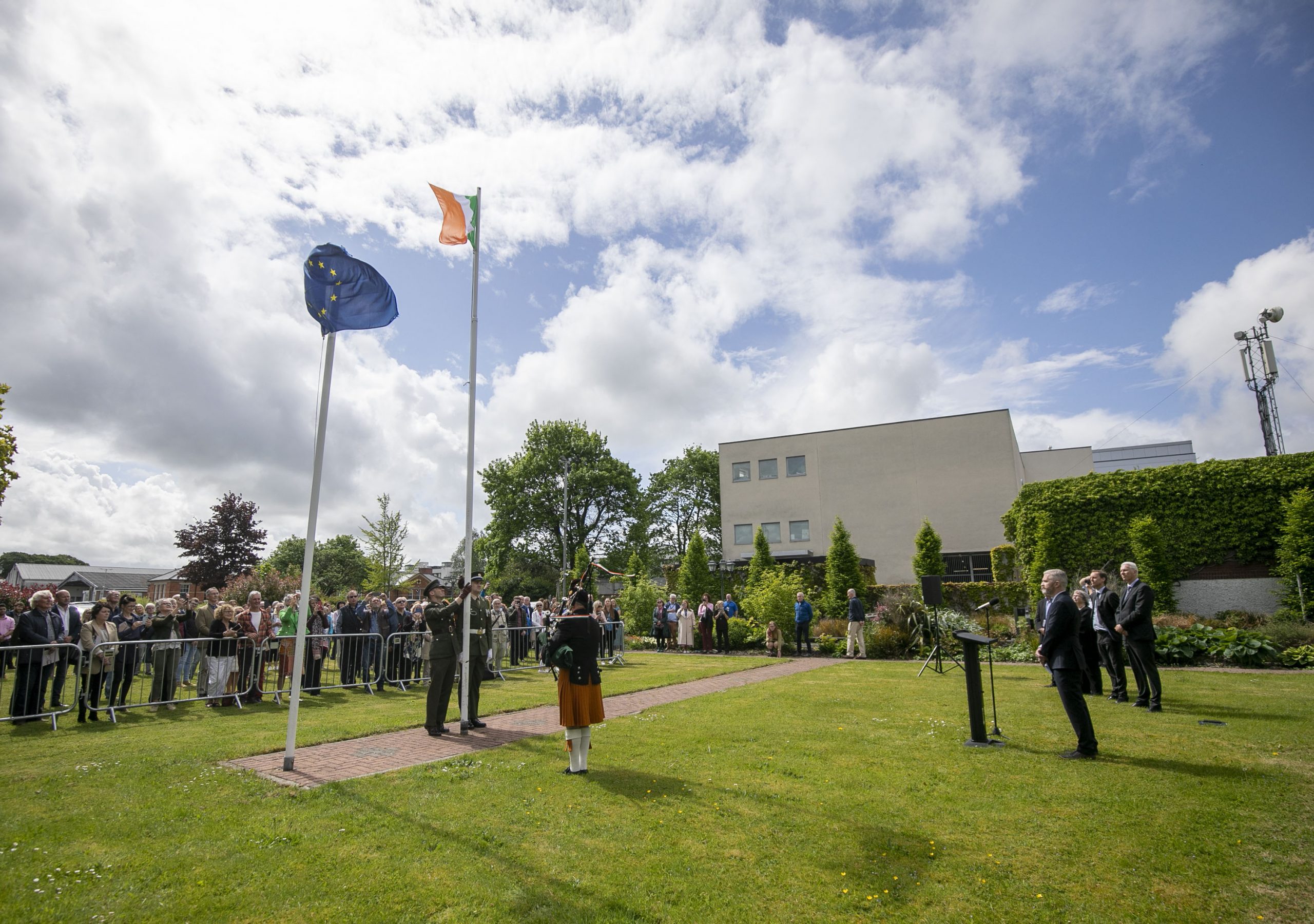 Barry Andrews MEP was in attendance to dedicate the Andrews Room, in the Bord na Móna headquarters, to his grandfather Todd Andrews. Andrews (1901-1985) was an Irish political activist who became the first Managing Director of Bord na Móna.

The exhibition, which will run from the 16th to the 29th of May 2022, forms part of the ‘Kildare Decade of Commemoration Programme’ and is a collaboration between Bord na Móna, Newbridge Local History Group and SULT Artists. In addition to the art exhibition there will be public lectures and a commemorative booklet which includes a foreword by historian and UCD Professor Diarmaid Ferriter.

Speaking at the dedication of the Andrews Room to his grandfather, Barry Andrews MEP said, “This is a very special day for all my family and I would like to thank Bord na Móna for inviting me to this important event. My grandfather, Todd Andrews, played a significant role in the revolutionary period, was interned on the Curragh during the War of Independence and was the first Managing Director of Bord na Móna. I am honoured that Bord na Móna has dedicated the Andrews Room in memory of my grandfather and that his legacy will remain here at the former barracks in Newbridge.”

Eleanor Swan from SULT Artists said, “I am delighted to welcome everyone to the ‘Life Goes On’ exhibition here in Newbridge. The exhibition combines art and history and provides an excellent insight into the impact of the withdrawal of the British Army from Newbridge. This project really challenged our artists as they examined a complex time in Irish history, and we hope that this exhibition initiates a discussion and awareness of our past. We encourage everyone to visit the exhibition and to learn more about the history of the barracks in Newbridge.”

Bord na Móna Chief Executive, Tom Donnellan said, “I would like to congratulate everyone who has contributed to this exhibition at the Bord na Móna headquarters in Newbridge. This site has an important and rich heritage and we are delighted to be sharing this with the community as part of Kildare’s Decade of Commemoration programme. We encourage everyone to visit the exhibition to learn about this significant political and social change that took place in Kildare in 1922. We also hope to provide visitors with a sense of Bord na Móna’s commitment to renewal, as a 21st century climate solutions company, which is being spearheaded from the heart of Co Kildare.”