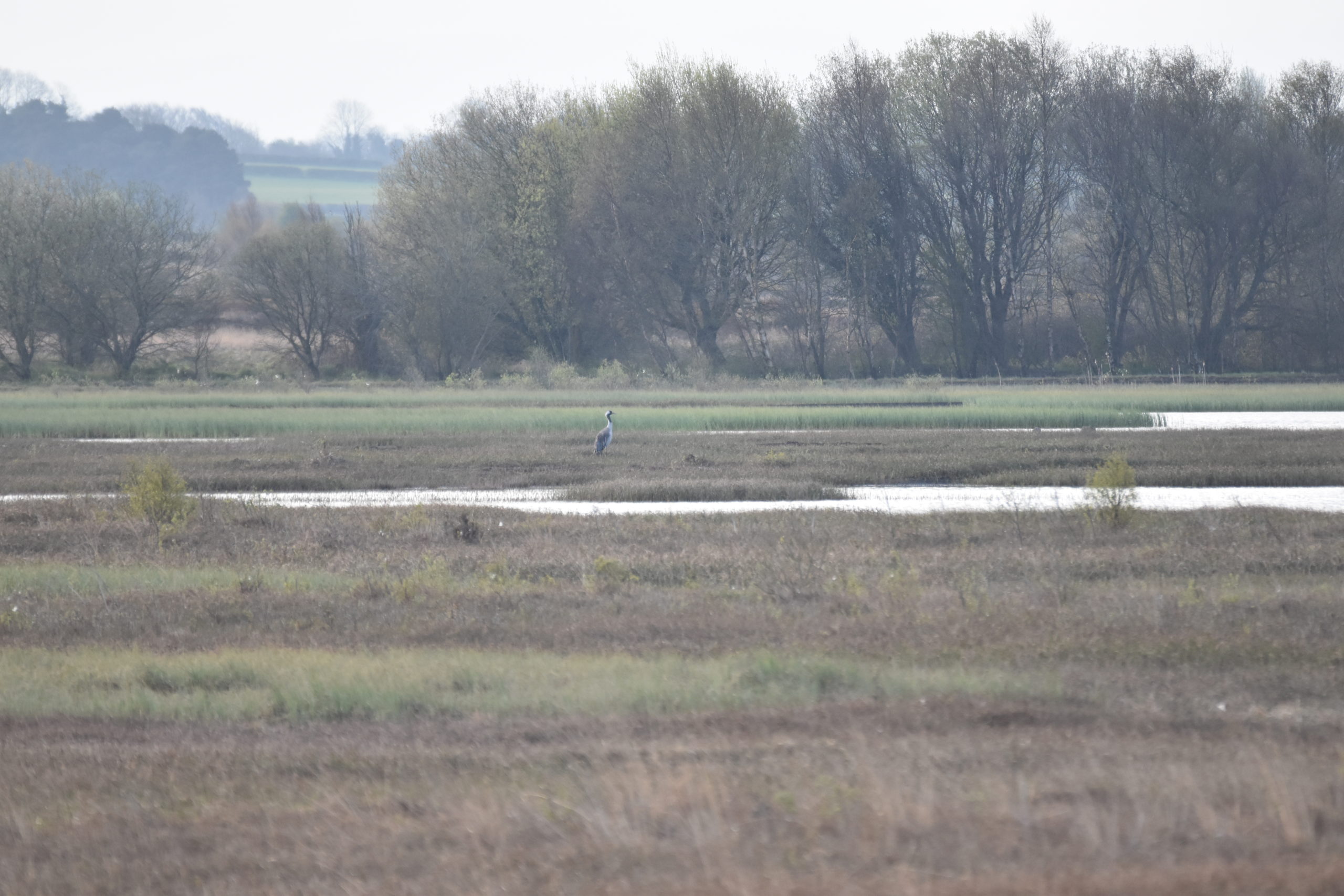 Bord na Móna has announced that it has recently recorded a pair of cranes nesting at a site on a rewetted bog. This site held two previous breeding attempts, in 2019 and 2020, but these were ultimately unsuccessful. If they successfully breed, they will be the first Common Cranes to do so in Ireland in 300 years.

Though cranes have been extinct in Ireland since the 1700s, there have been increased sightings of them in Irish skies in recent years during migration and over-wintering. This has been largely due to ongoing conservation works in the UK that has seen numbers of the birds there rise from zero in the 1970s to over 200 today.

But despite the excitement of seeing the birds in Ireland again, there has been no evidence of successful breeding attempts on this island. The discovery of a pair of cranes nesting on a Bord na Móna peatland is highly indicative of a successful return to these shores of a bird that carries enormous significance in this country.

“Pairs of Common Cranes usually take several years to successfully fledge chicks”, said Mark McCorry, Lead Ecologist at Bord na Móna. “This is why this sighting is particularly significant. Not only are we actually seeing these birds nesting in Ireland for the first time in 300 years, but we are very optimistic that this third attempt may yield the first crane born here in centuries.”

The Crane is deeply connected to the culture and history of Ireland. They have been central to folklore tales such as Fionn Mac Cumhaill, the druids, St Colmcille, and the Book of Kells. Their Gaelic name, corr, can be founded in hundreds of place names, such as the Curragh in Kildare which means ‘crane meadow’.

They were even kept as pets, and records show they were the third most popular pet in medieval times. Unfortunately, they were also a popular food item for people at the time, and their ease of capture by foxes and the draining of wetlands resulted in their demise some time between 1600-1700.

The location of the nest is confidential in order to protect and conserve the birds. However, it is confirmed that the site is situated on a cutaway bog, formerly used to harvest peat for energy production.

Bord na Móna is now a climate solutions company, using its land for renewable energy generation, carbon storage and recycling, to support key environmental objectives. Bord na Móna has already rehabilitated nearly 20,000 hectares of these bogs, resulting in the return of indigenous flora and fauna to vast tracts of the Irish countryside. Last year the company also announced that 33,000 hectares is to be rehabilitated as part of its Peatlands Climate Action Scheme that will operate with €108million in Government funding and €18m from Bord na Móna. This will also result in even greater biodiversity, health and environmental benefits, and more wetland habitat for this majestic species.

“Crane nests float amongst emergent wetland vegetation such as reeds.”, McCorry concludes, “It is obvious, then, as wetlands disappeared, then so would they. But thanks to the ongoing work by Bord na Móna, we are in with a chance once again of seeing these majestic birds breed and thrive in Ireland.”